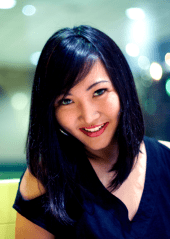 Christel Quek is currently the Manager of Social Marketing globally at Havas Media, the 5th largest communications group worldwide.  Her previous work includes social media consultancy for brands within Asia, and she has worked on social media campaigns for DBS Bank Singapore, KLM Airlines, Intel, and Toshiba Digital. Prior to that, she was a community manager for Socialeyes Inc, a start-up in Silicon Valley. Christel is also a tech and marketing geekette who has written for Social Media Today, Singtel Innovation Exchange, and Tech in Asia. She has been quoted on Warc and Marketer Pulse in January 2012, and profiled on The Huffington Posts #TwitterPowerhouses Series in October 2011. Offline coverage included a feature on Her World Singapore’s “Women Now” column in April 2012, titled “She’s Social Media Savvy.” She was born and raised in Singapore, and particularly enjoys photography, painting, travel, and having a good latte macchiato. She can be frequently found on both Twitter and Facebook.