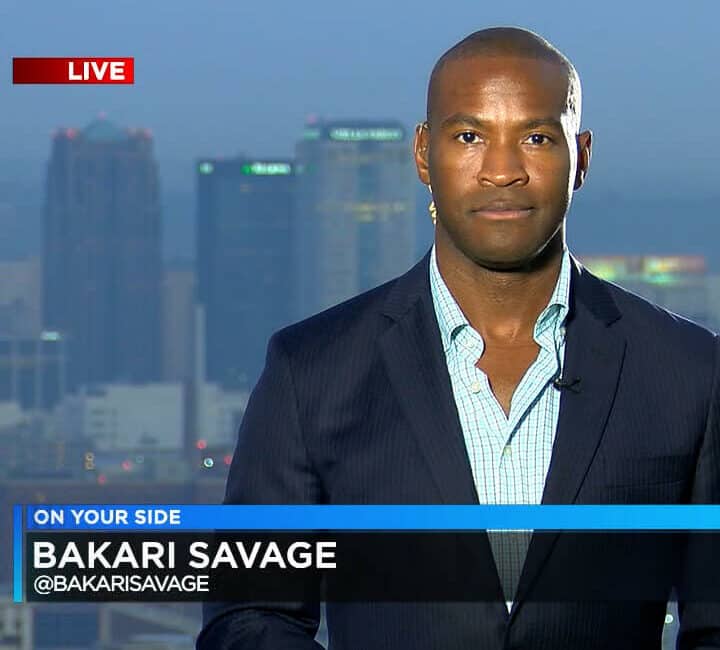 Bakari Savage is a 2020-2021 Rosalynn Carter Mental Health Journalism Fellow, through The Carter Center, spending the year documenting the effects of Covid-19 isolation on the psyche of tweens and teens, young and middle-aged adults alike. This designation is the culmination of almost a decade of work as a broadcast journalist, most recently as a reporter for WBRC Fox 6 News, in his hometown of Birmingham, Ala., Ground Zero of the American Civil Rights Movement. During his tenure there, Savage was also the host of the lifestyle segment, “Magic City Weekend,” showcasing the best restaurants, bars, and entertainment around the city.

In addition to previous fellowships with SciLine, learning to better work with scientists on how to cover adolescent health, and the University of South Carolina’s School of Law Media Law School, learning to better understand and ask key legal questions, Savage’s work includes stints as an anchor and reporter for “Good Day Carolinas” at Fox 46 WJZY in Charlotte, N.C. and “The Morning Show” with Independent station WJXT in Jacksonville, Fla. His broadcast journalism career began at CBS affiliate KNOE in Monroe, La., before moving up to the NBC affiliate KARK in Little Rock, Ark. and jumping to News 13 in Orlando.

Before those roles, Savage spent a few years in corporate America. He started as an account coordinator in PR Newswire’s Los Angeles office and was promoted to account manager in the San Francisco office.

Throughout all of this, civic duty has been and remains paramount to Savage. Currently, he’s a board member with On River Time, a non-profit serving survivors of abuse and neglect through the world of fly fishing. Most recently, he was a board member of Smile-A-Mile, junior board member of The Bell Center, and a founding member and president of the Northeast Louisiana Young Professionals. Savage is also a member of the Canadian Association of Black Journalists (CABJ) and the National Association of Black Journalists (NABJ).

Savage now resides in the Leslieville neighbourhood of Toronto, ON, with his wife, Jamie, and their dog, Charlie. Savage matriculated at the University of Minnesota, Twin Cities, with a double major in Political Science and Communication Studies. While there, he became a member of the Sigma Chi Fraternity and continues to support fraternity advancement as a Life Loyal Sig.